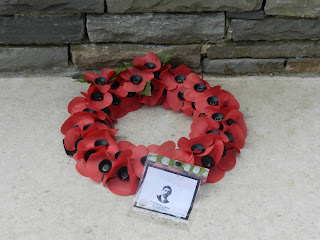 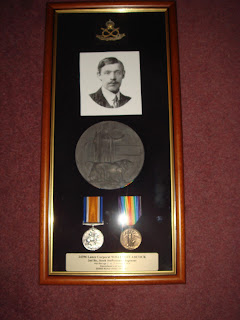 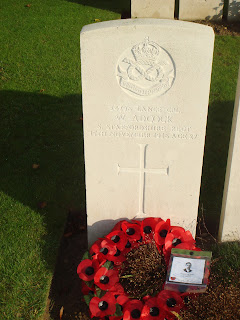 Whattoff Adcock was born in Syston, Leicestershire in 1889. His mother was Mary and his Father, David. David Adcock died tragically in 1895 leaving Mary and her four children without a father. Mary was a 'charwoman' and provided for her family, Adelaide, Ernest, Whattoff and David. Hosiery and Footwear industries were major employers in Leicestershire and Adelaide became a Griswold Hand whilst her three brothers went into the shoe trade. The family lived on Paddock Row in Syston and moved to School Street where they were living in 1911.

In July 1914 Whattoff married Katherine MacDonald, who was 'in service' in the village. His brother and sister were witnesses. When war was declared he didn't want to leave his wife of one month and remained in the shoe trade, unlike his brother, David, who was a volunteer and served with the Leicestershire Regiment - The Tigers.

After the cataclysmic battle that raged for four-and-a-half months in Picardy, Whattoff was compelled to enlist, which he did at Syston, but unlike his younger brother he served with the 2nd Battalion of the South Staffordshire Regiment.

After mobilising to France the Regiment were involved in an assault at the end of the battle we now know as The Battle of the Somme and Whattoff was missing in action. A report in the parish magazine in August 1917 read:

His final resting place is at Serre Road Cemetery No. 1. where his headstone reads that he died on the 15th November 1916.

He is remembered on the war memorial in Syston village and on the Roll of Honour in the church. 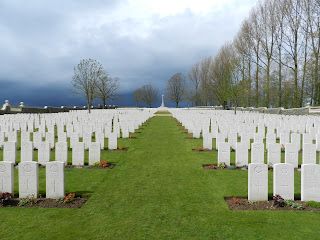 A whistle blows.
Loved ones weeping.

We will remember them.