On the 29th May 2015 Captain John Theopholus Chapman was remembered in a short service at Loughborough Carillon.

The Mayor, Councillor Paul Day, who was accompanied by Mayoress, 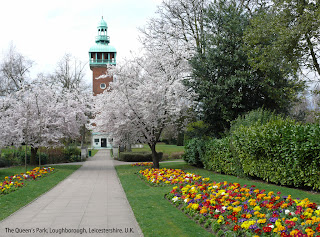 When the 5th Leicester Territorials were mobilised in August 1914 only one of the officers of the Loughborough Company was living in the town. They all, however, responded to the call - Lieutenant John Chapman leaving his appointment in London to join the ranks. Before many weeks he was promoted Captain, and his company, and the men who under his command were billeted in Luton, found him a considerate and a careful officer.

‘Much regret is felt in Loughborough at the death of Captain John Chapman, of the 1st 5th Battalion, Leicestershire Regiment, who died of wounds on Sunday in hospital in London.*  The gallant Captain was out with a sniping party when a shot smashed his binoculars and inflicted such serious wounds that little hope was entertained of his recovery. He was the second son of Mr Ernest Chapman of Ashby Road, Loughborough, and was formerly in the works of the British Engineering Company. He was a very able and popular young officer, and deep sympathy is felt for his relatives.’
* Captain Chapman died in Wandsworth, Surrey.

Capt. Chapman was reconnoitring the enemy's position by the aid of field glasses, when he was shot between the eyes. The injury was severe and from the first it was feared that fatal results would follow. He was conveyed to England and every care taken, but the injury was fatal and he passed away on Sunday, 30th May 1915.

His coffin was conveyed from London to Loughborough and six men of the 3rd 5th Leicesters, being at the station, carried the coffin, draped with the Union Jack, shoulder high from the train to the hearse, which slowly made its way from the railway station to the Parish Church, attended by many people. At the church the body rested during the night and the following morning, being guarded by relays of four soldiers from the 3rd/5th Battalion, Leicestershire Regiment, relieved every two hours. The funeral was timed for three o'clock at the church and never in the history of the town probably had there been such a funeral in Loughborough. 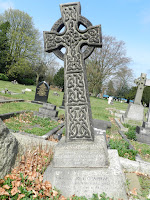 Doyle, Michael, Their Name Liveth for Evermore: The Great War Roll of Honour for Leicestershire and Rutland (Billingborough, Michael Doyle, 2009)