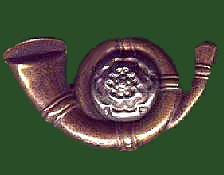 Walter Stanley Gimson was born on the 3rd March 1885. He was the son of William Gimson, a timber merchant from Leicester and Martha Gimson (nee Williams). He had five older siblings, Emily, William, Henry, Annie and Edward, and three younger siblings: a sister, Mary, who was born in April 1886, brother Albert Yeomans, born February 1891 and another sister, Margery Clara, born 28th January 1893.

In the April 1891 census, when Walter was sixteen, the family was living at 110 Regent Road in Leicester and in 1901 they had moved to ‘Rothesay’, Victoria Road, Leicester. Edward and Walter were carpenters and William jnr. was, like his father, a timber merchant. The family employed a cook, Emily King and a housemaid, Bertha Gibbs.

From the 1911 census it can be seen that Walter, who at twenty-six was living with the Slater family at ‘The Hawthorns’, Dagmar Grove, Alexander Park, Nottingham. Mr Slater was a cabinet manufacturer, which was also Walter’s profession.

On the 14th July 1915 Walter enlisted with the 10th Battalion of the Notts and Derby Regiment – also known as The Sherwood Foresters. Corporal Gimson’s service number was 17286 as it was when he became a serjeant[1] with the same regiment. His religion was recorded as Church of England.

The 10th (Service) Battalion of the Sherwood Foresters was formed at Derby as part of the Second New Army – Kitchener’s Army – K2 – and then moved to Wool in Dorset to join the 51st Brigade of the 17th Division. In October 1914 they moved to West Lulworth and then back again to Wool. In March 1915, when the Territorial Army moved to France, the 10th Battalion of the Sherwood Foresters moved to West Lulworth once more and then on to Winchester. It wasn’t until the 14th July 1915 that they were mobilised for France.

On the 22nd November 1915 Walter was admitted to hospital suffering from influenza. He was discharged just three days later on the 25th November and returned to duty.

Walter was admitted to hospital again on the 14th December 1915, this time with a shrapnel wound in his side and transferred to the Divisional Rest Station three days later on the 17th December 1915.

Serjeant Gimson received his commission on the 15th March 1916 and
on the 4th April 1916 the London Gazette reported that ‘Serjeant W S Gimson had been transferred from a (Service) Battalion, The Sherwood Foresters (Nottinghamshire and Derbyshire Regiment) to the King’s Own (Yorkshire Light Infantry)’.

The 2nd June 1916 saw the German army launch an attack against the high ground of Mount Sorrel, close to Hooge to the east of the Ypres Salient. This was to draw British resources away from the Somme. On the 12th June there was a heavy German artillery bombardment and the 7th King’s Own Yorkshire Light Infantry were sent from reserve to assist the 60th Brigade.
On the 14th November 1916 the Gazette reported that on the 23rd May 1916 ‘Temp. 2nd Lieutenant W. S. Gimson was transferred for duty with Trench Mortar Battalion from the Yorkshire Light Infantry.’

In the New Year’s Honours List on the 1st January 1917 The London Gazette listed those who were to be awarded the Military Cross, on the list was Temp. 2nd Lt. Walter Stanley Gimson of the Yorkshire Light Infantry commanding Trench Mortar Battery. A front-line trench mortar was always certain to draw enemy fire and played an important role in any attack. Trench mortars were known by the British army as ‘flying pigs’.

The Military Cross was instituted on the 28th December 1914 and is the third level military decoration awarded to officers. This decoration was awarded to Walter Stanley Gimson for an act or acts of exemplary gallantry during active operations against the enemy.

In June 1917 Walter was in London, possibly on leave, when he married Isabel Beatrice Moss at Fulham registry office.

Isabel was born on the 31st March 1879 in Loughborough and married her first husband, Le Roy Soher, who was from New York, on the 15th April 1903 at the Parish Church in the Parish of Emmanuel. Le Roy, who gave his profession as ‘Gentleman’ was residing at 17 Victoria Street, Loughborough and Isabel Beatrice Moss, a grocer’s daughter, was living at Park Road, Loughborough.

Ten years later, Isabel was living at 7 Ravenscourt Mansions in London and Le Roy in Epsom when, on the 13th June 1913, she filed a divorce petition for ‘Restoration of Conjugal Rights’ against Le Roy Soher, the respondent, and the cause was set down on the 4th July 1913.

She had written to Le Roy on the 2nd June to ask him to ‘once more make each other happy and receive me back home again and allow me to live with you as your affectionate wife.’

“That the said Le Roy Soher has refused, and still refuses, to cohabit with your petitioner and to render her conjugal rights.”

“That your petitioner (Isabel) resides at 7 Ravenscourt Mansions in the county of London and is domiciled in England.”

“That the said Le Roy Soher is of no occupation and resides at Highridge Down Road, Epsom in the county of Surry and is domiciled in England.”

Isabel asked that: “the court grant her a Decree for Restitution of Conjugal Rights and such further and other relief in the premises as may be just.”

A Decree for the Restitution of Conjugal Rights (R.C.R.) was issued on the 16th October 1913 giving Le Roy 14 days to return to Isabel’s home and ‘render to her conjugal rights’.

This did not happen and on the 29th Day of October 1913 Le Roy was ordered to pay Isabel alimony of £450 per annum.

Seven weeks later, the Infantry attack that became known as the Third Battle of Ypres, or Passchendaele, began on the 31st July 1917. Within a few days the heaviest rain for thirty years affected the Ypres Salient turning the ground to thick mud that could immobilise tanks. It became so deep that many men, horses and mules drowned.

Walter Stanley Gimson was involved at Langemarck where an attack began on the 16th August 1917. The village of Langemarck had been lost to the enemy in April 1915. The 7th King's Own Yorkshire Light Infantry was part of the leading advance, crossing the Steenbeeck early in the morning. The advance was held up by fire from the blockhouses to the west of the village. These were cleared by the men of the 7th KOYLI. It was a costly battle with an estimated 15,000 casualties for an advance of no more than 1,500 yards.

However, on the 30th November 1917, Probate in Nottingham showed:

Walter Gimson was a keen golfer and a member of the Longcliffe Golf Club in Nanpantan. His record shows his address to be 9 Forest Road, Loughborough when he died.

Walter’s wife, Isabel, paid for the words: TILL HE COME to be inscribed on his headstone.

Captain Walter Stanley Gimson, M.C. is buried in Bard Cottage Cemetery, which is located on the Diksmuidseweg road (N369) near to Boezinge.
Bard Cottage was a house a little set back from the line, close to a bridge called Bard's Causeway, and the cemetery was made nearby in a sheltered position under a high bank. The cemetery was designed by Sir Reginald Blomfield.
Walter’s name has also been added to his parents’ headstone in Welford Road Cemetery.

Grateful thanks to Ciarán Conlan for sharing and helping with the research.

[1] The spelling of serjeant changed to sergeant after the Armistice
Posted by Dr Karen Ette at Tuesday, August 15, 2017 No comments: