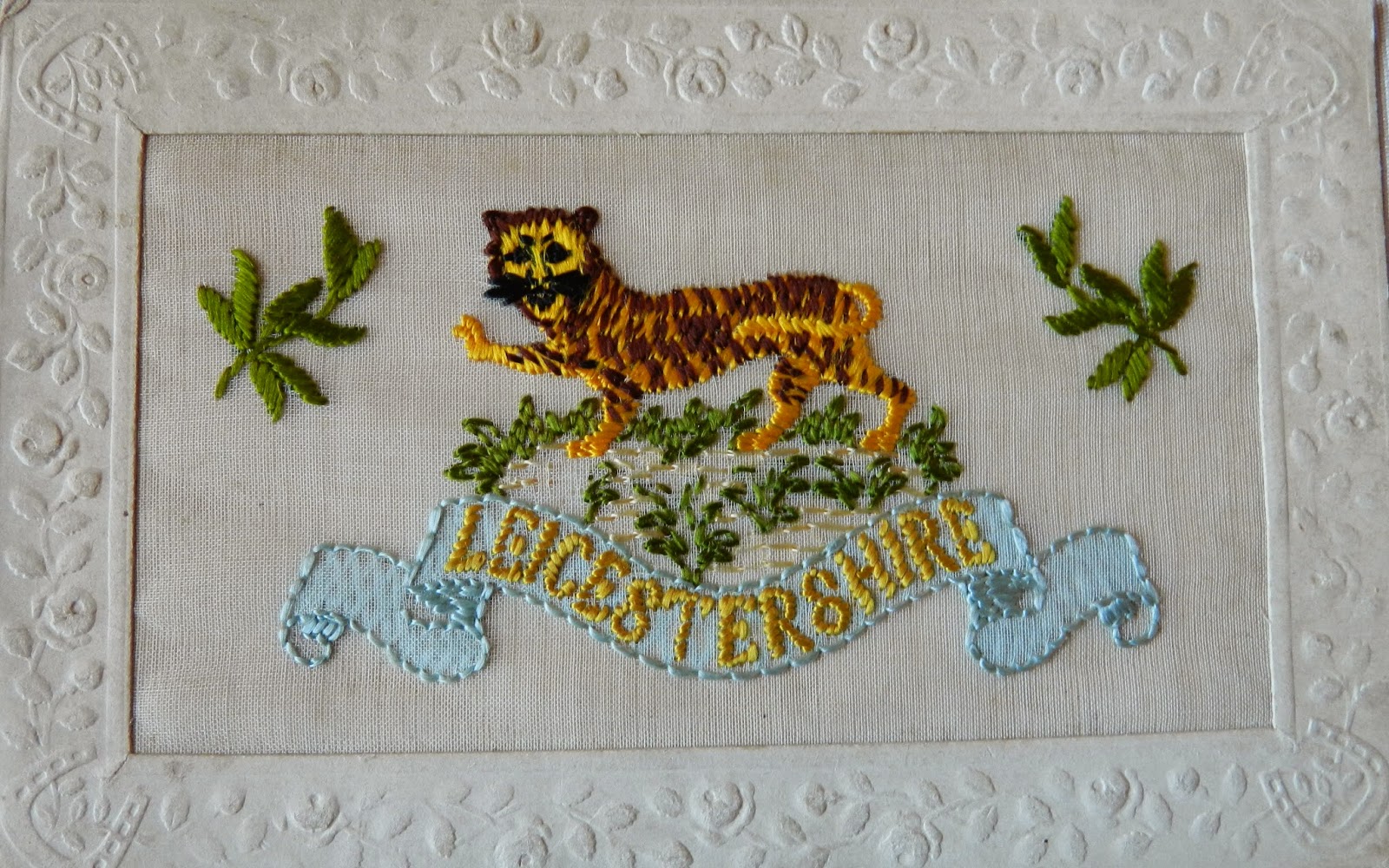 First World War postcards are not only beautiful and touching, they can give us an insight into events and relationships during the conflict.  The last one on this page has a very sad tale.

Picture postcards were available long before the outbreak of the First World War and they were bought for sending messages to relatives and friends – birthday cards took the form of postcards and often they were sent to arrange visits.  They were perfect for sending communiqués to loved ones, which helped to boost morale both on the Western Front and the Home Front. These were often sentimental and emotional. 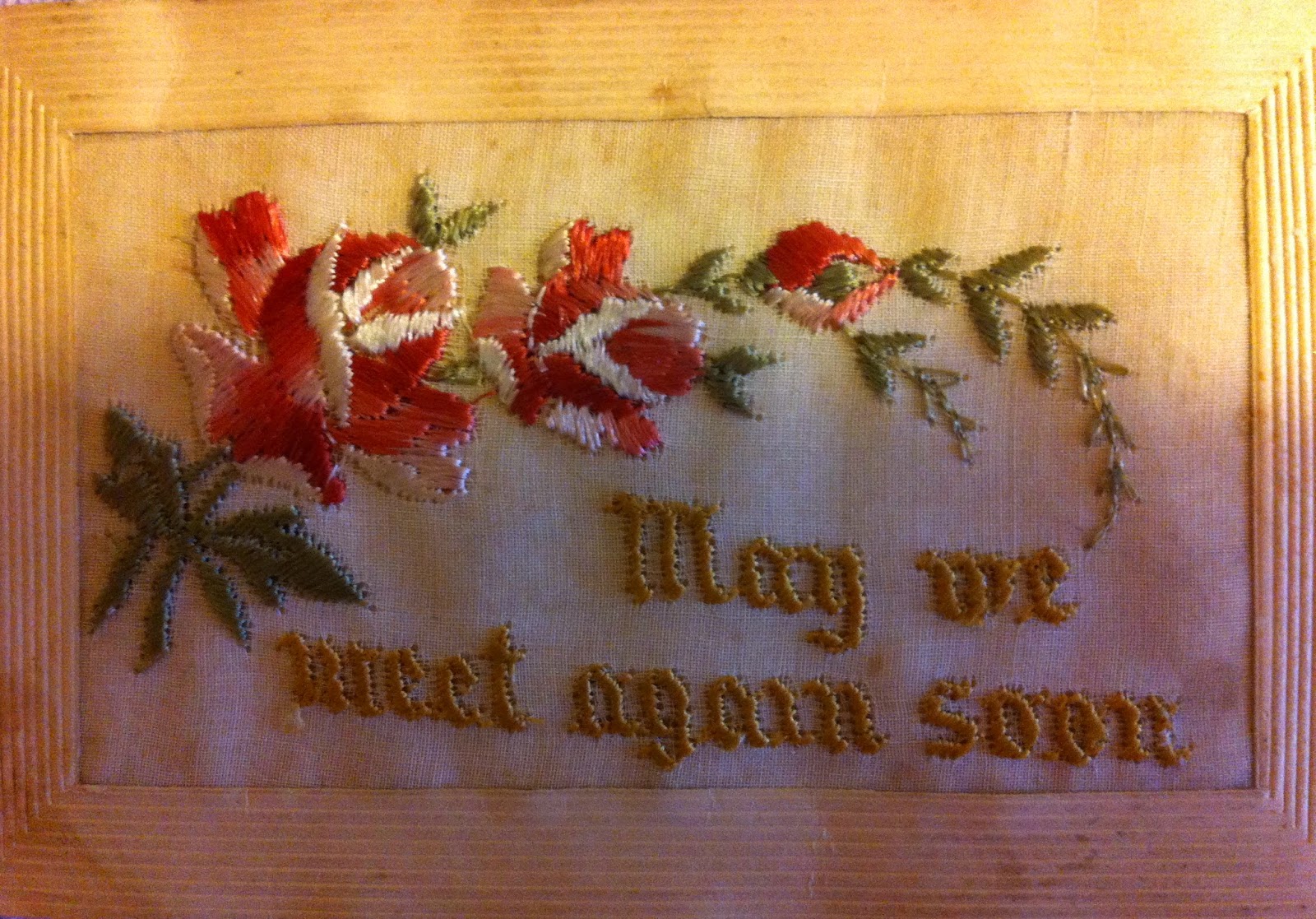 Another kind of postcard was something called ‘Real Photographic Post Cards’ (RPPC). Large companies mass-produced thousands of these during the War, but more personalised ones were offered by local photographic studios and roving photographers.  The photographs were printed from a negative directly onto a card, the back of which had a postcard appearance. Each one was hand printed, usually in small quantities. Group photographs, such as the one here, would result in more being printed, thus earning the photographer more than the portrait shots. 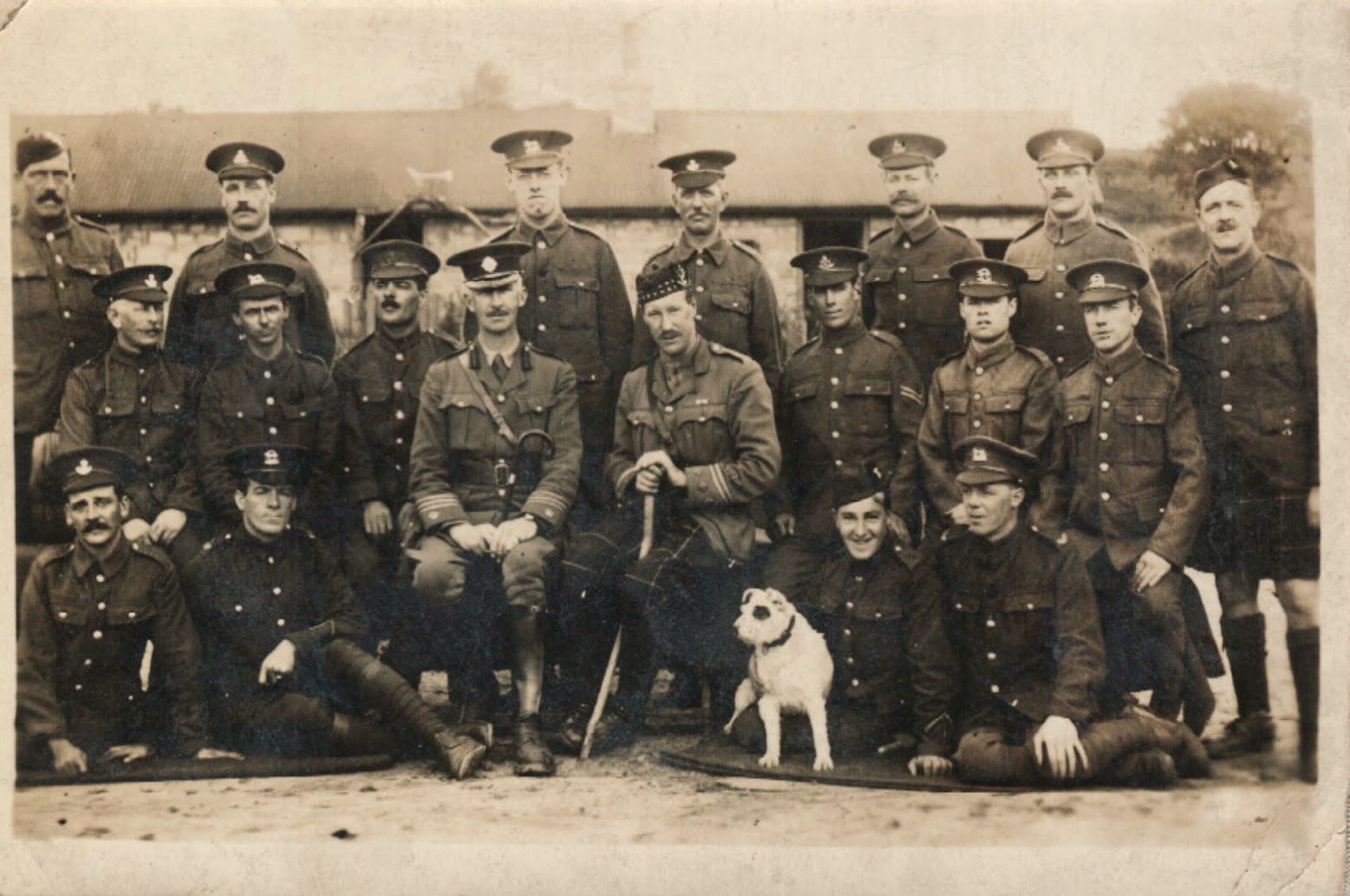 All the postcards here are connected to the Leicestershire Regiment carrying news and wishes to and from The Front. 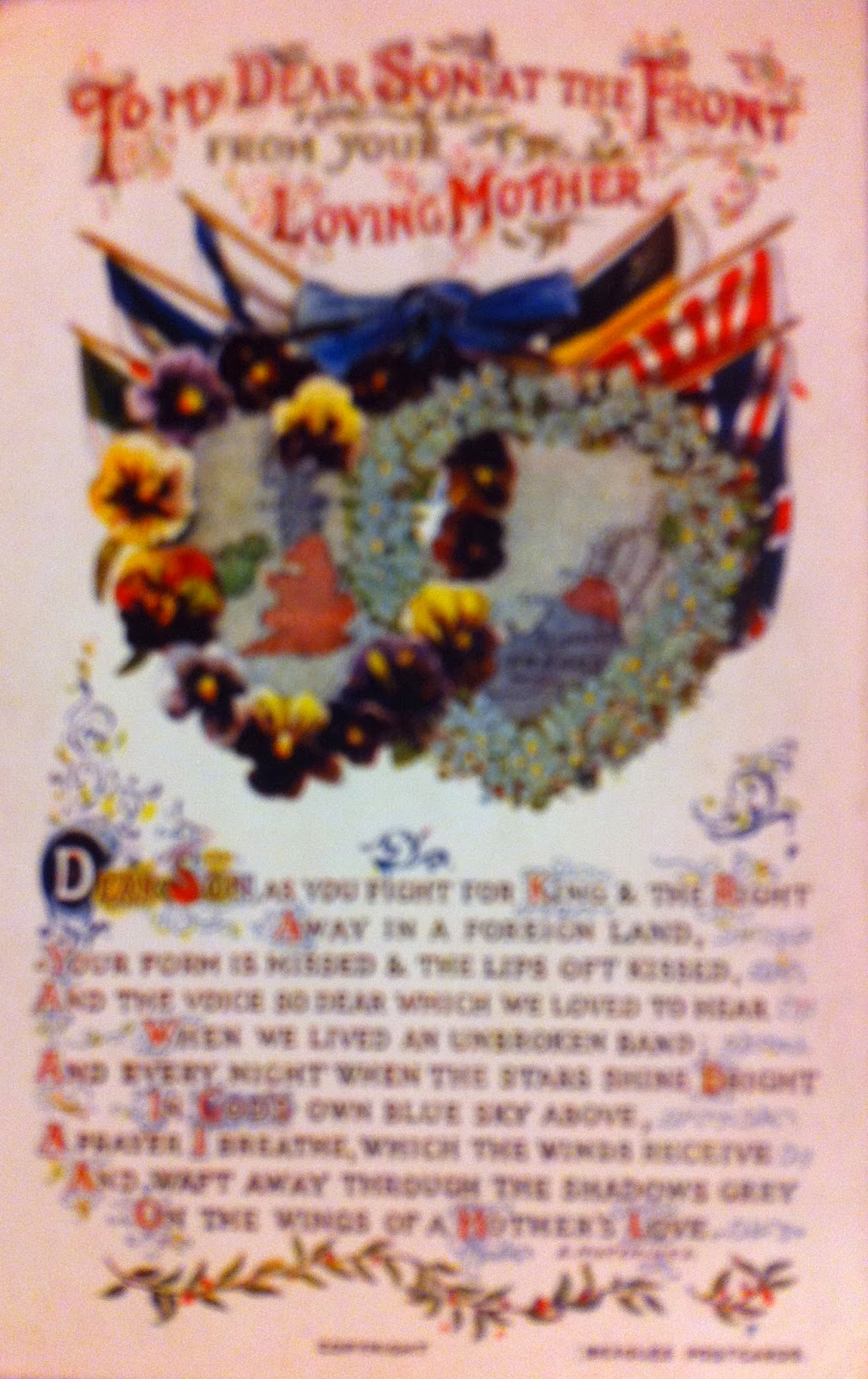 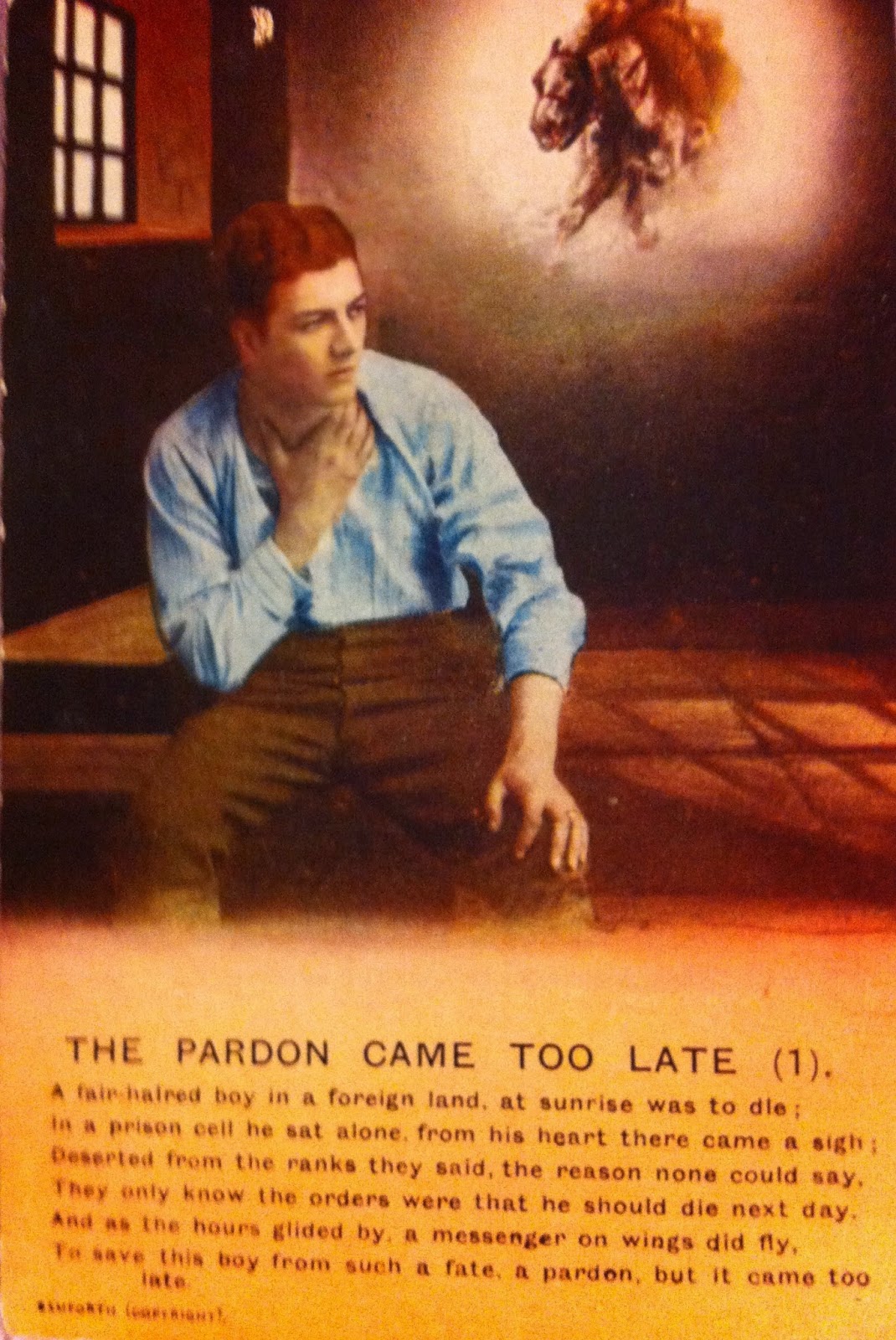 The first in a series of postcards telling the sad tale of a soldier who has been Court Martialled and is due to face the firing squad at dawn - he is promised a pardon, but it arrives too late. This sends out a warning message. 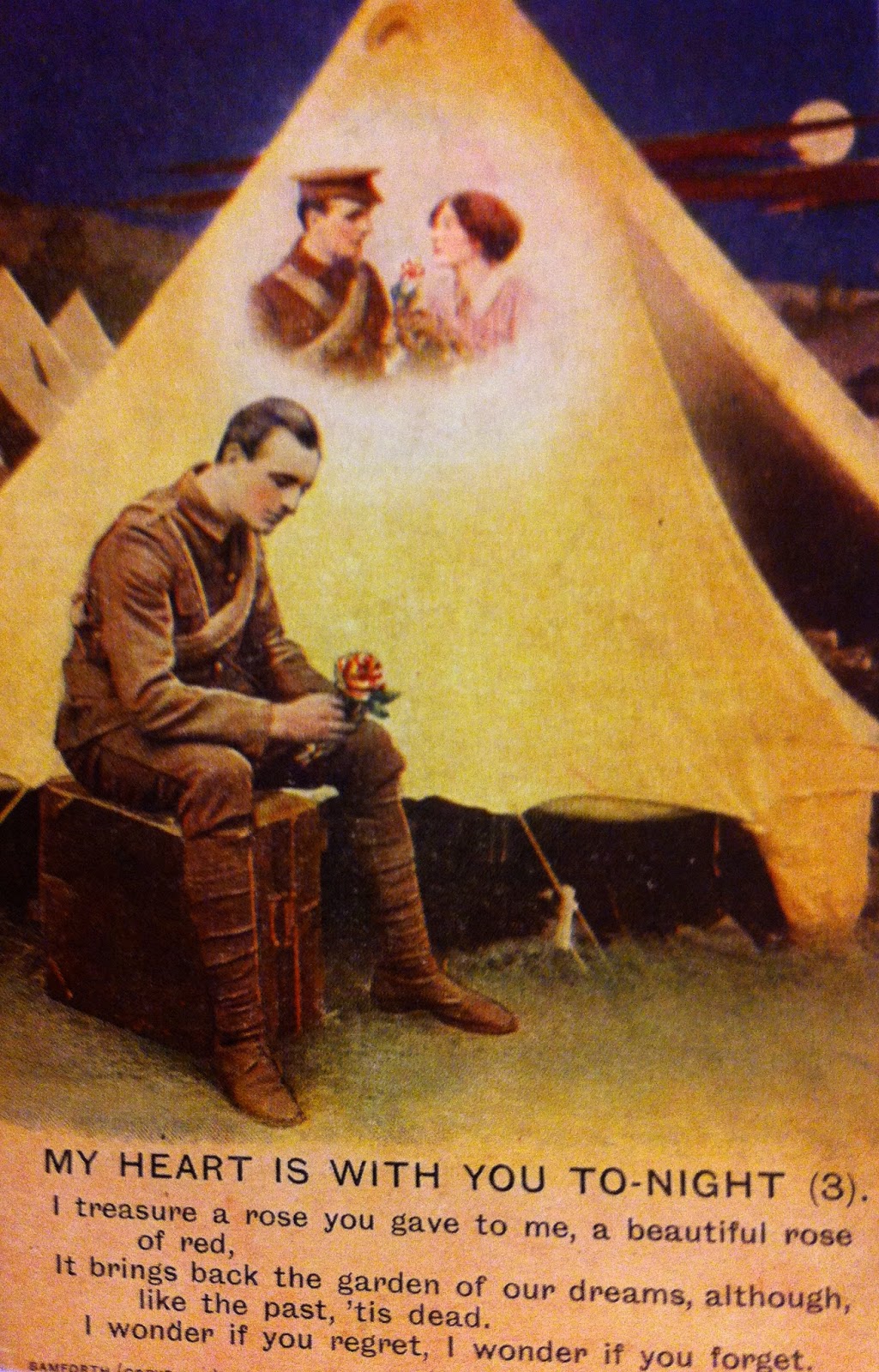 Another from a series of sentimental verse. 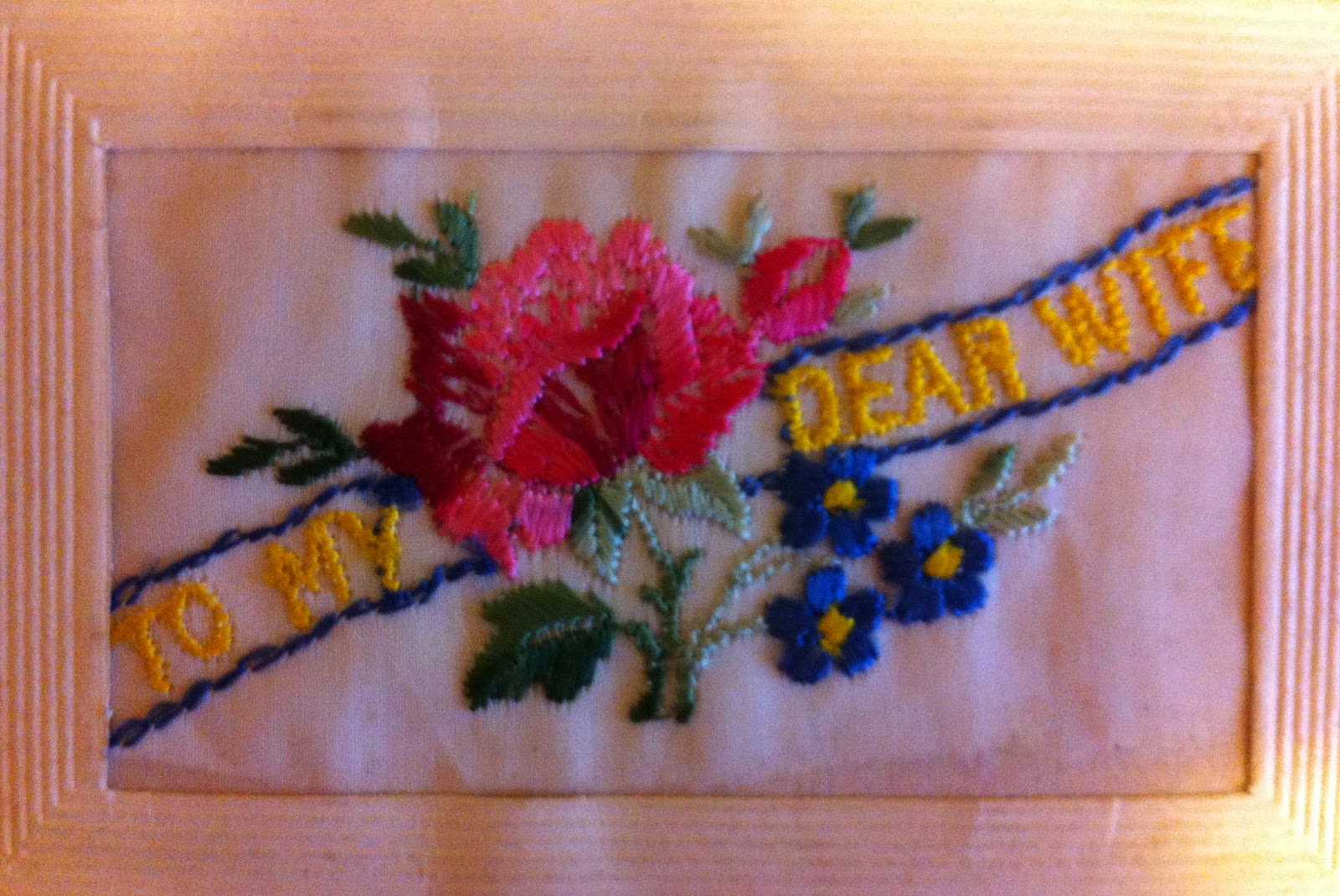 Thankfully he did return to his wife 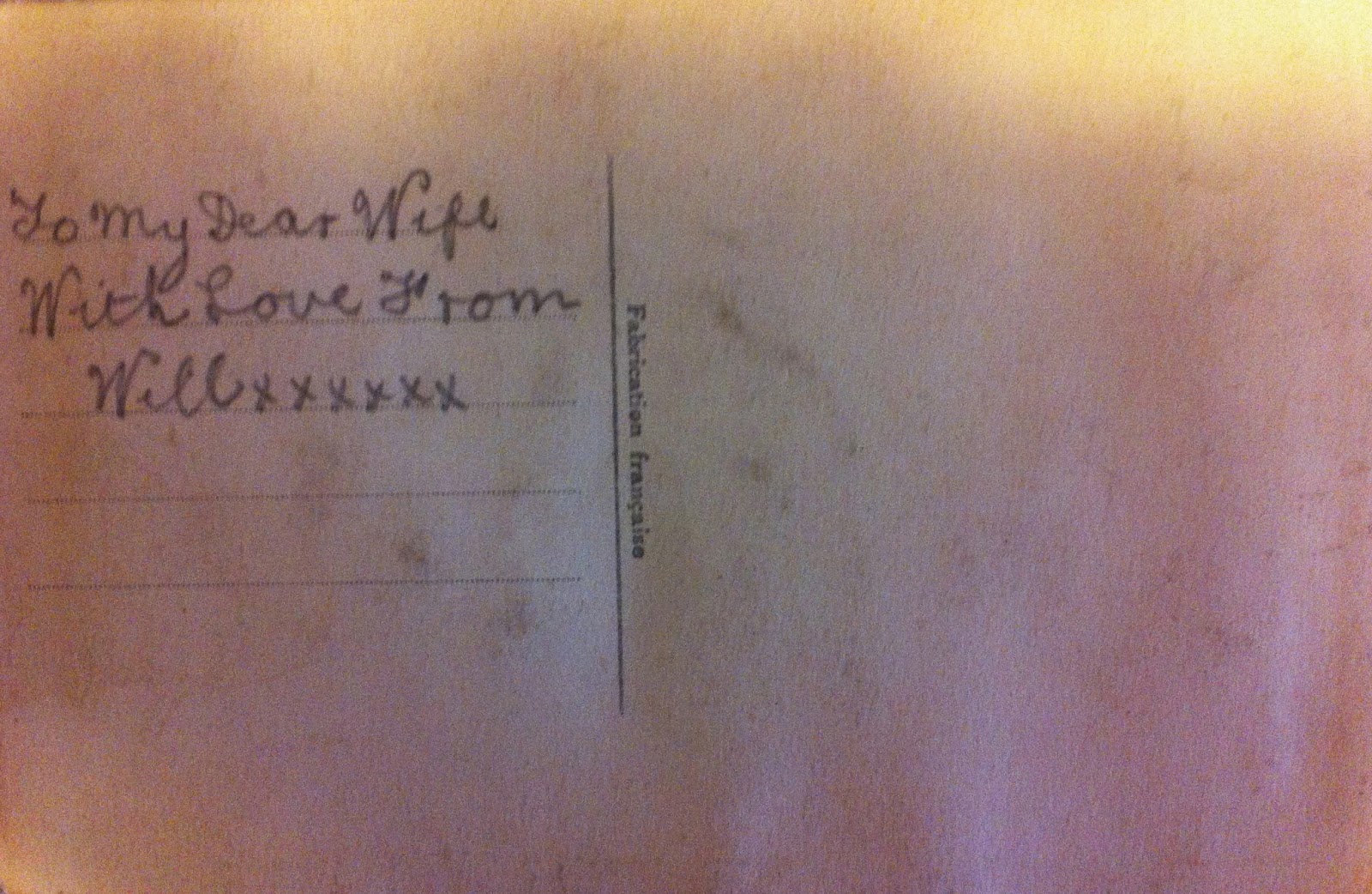 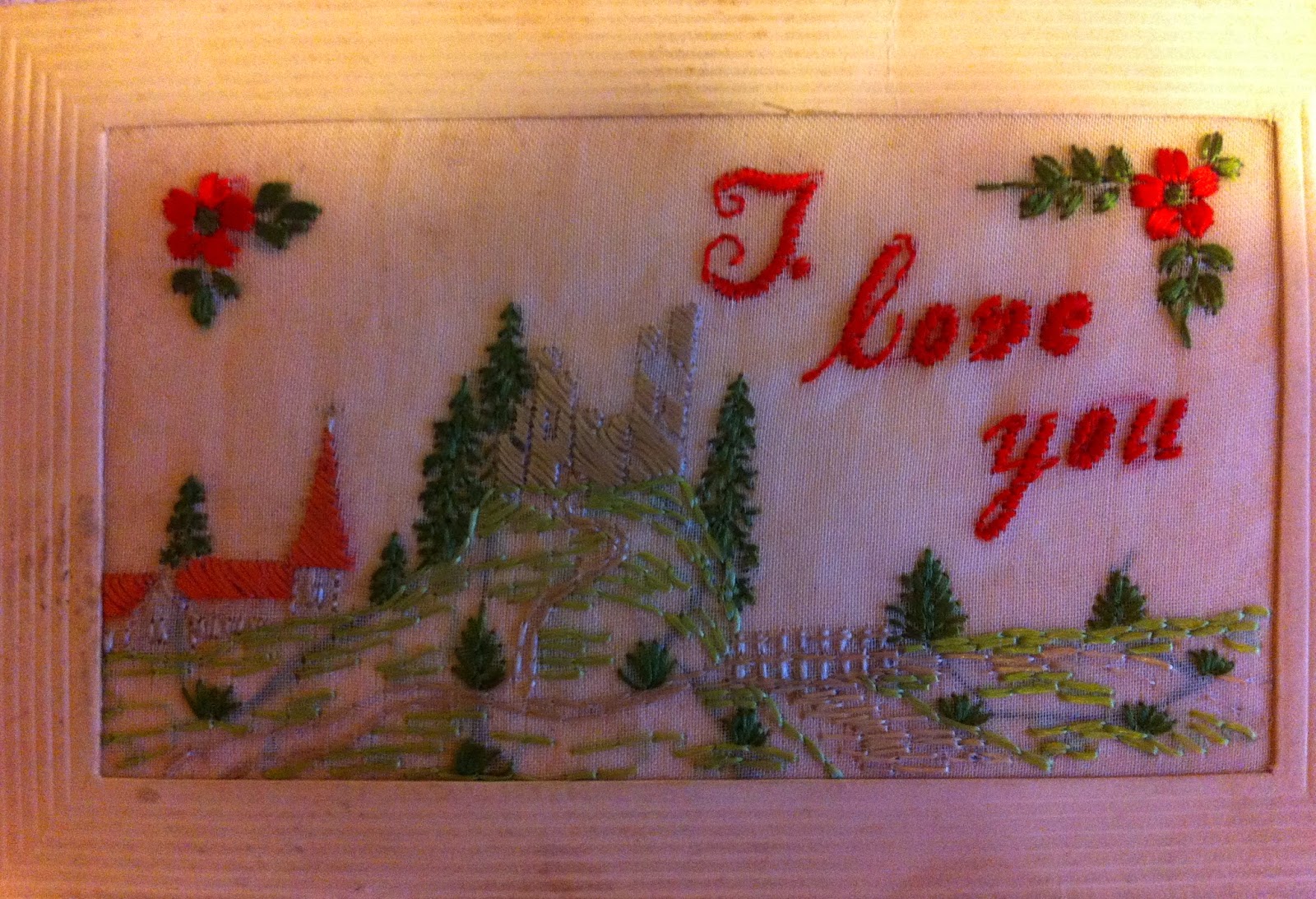 This one was sent by Emily Jane Wade to her fiancé  Private 3458 David Adcock serving with the 1st/4th Leicestershire Regiment  in 1915 - he was badly wounded on 13th October 1915 at the Battle of Loos. 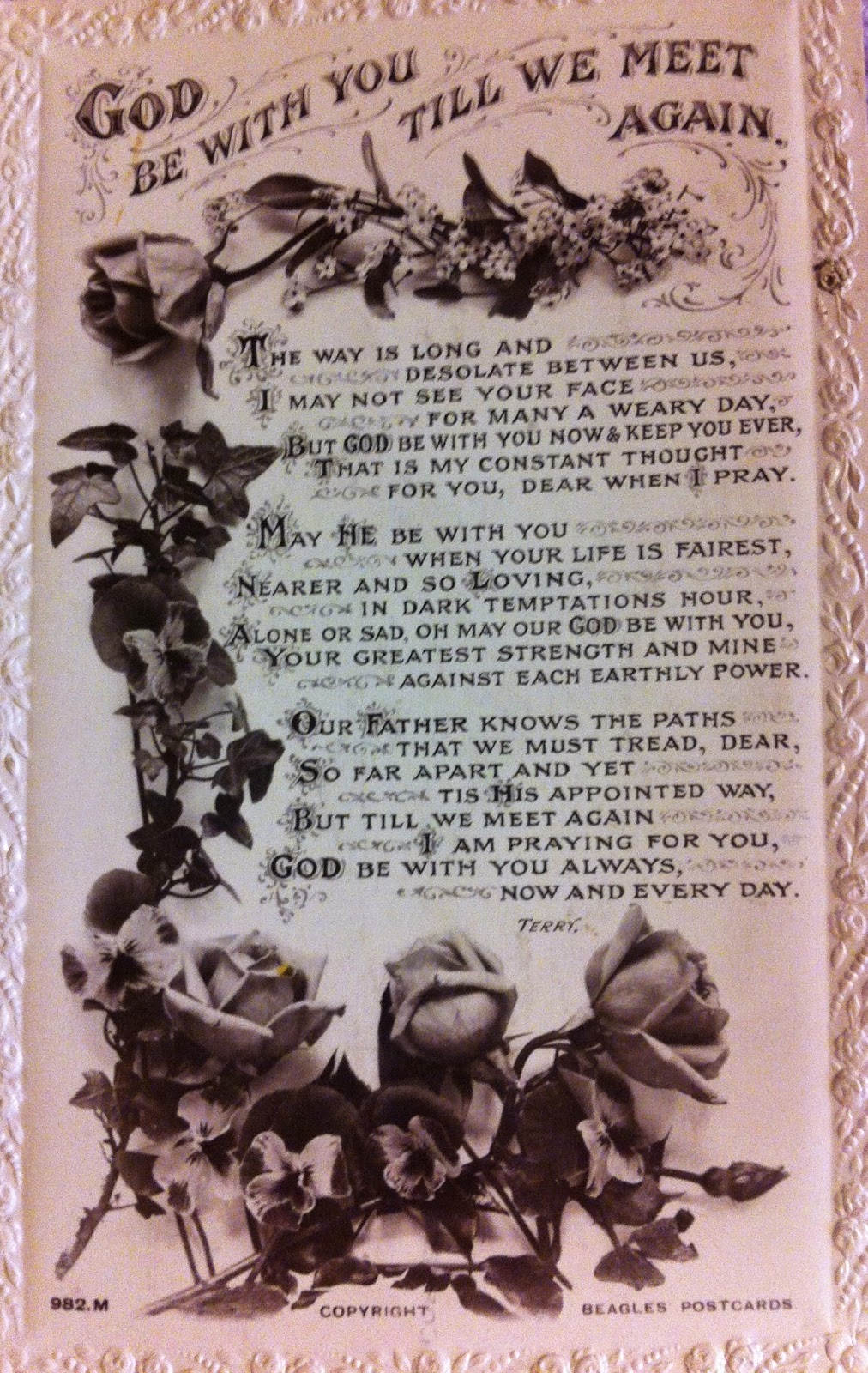 And finally, this birthday postcard was also sent by Emily Jane to her brother, Ernest, serving with the 7th Battalion of the Leicestershire Regiment, but sadly he never received it - it was returned to his father with his belongings after he was killed in action on 1st October 1917. 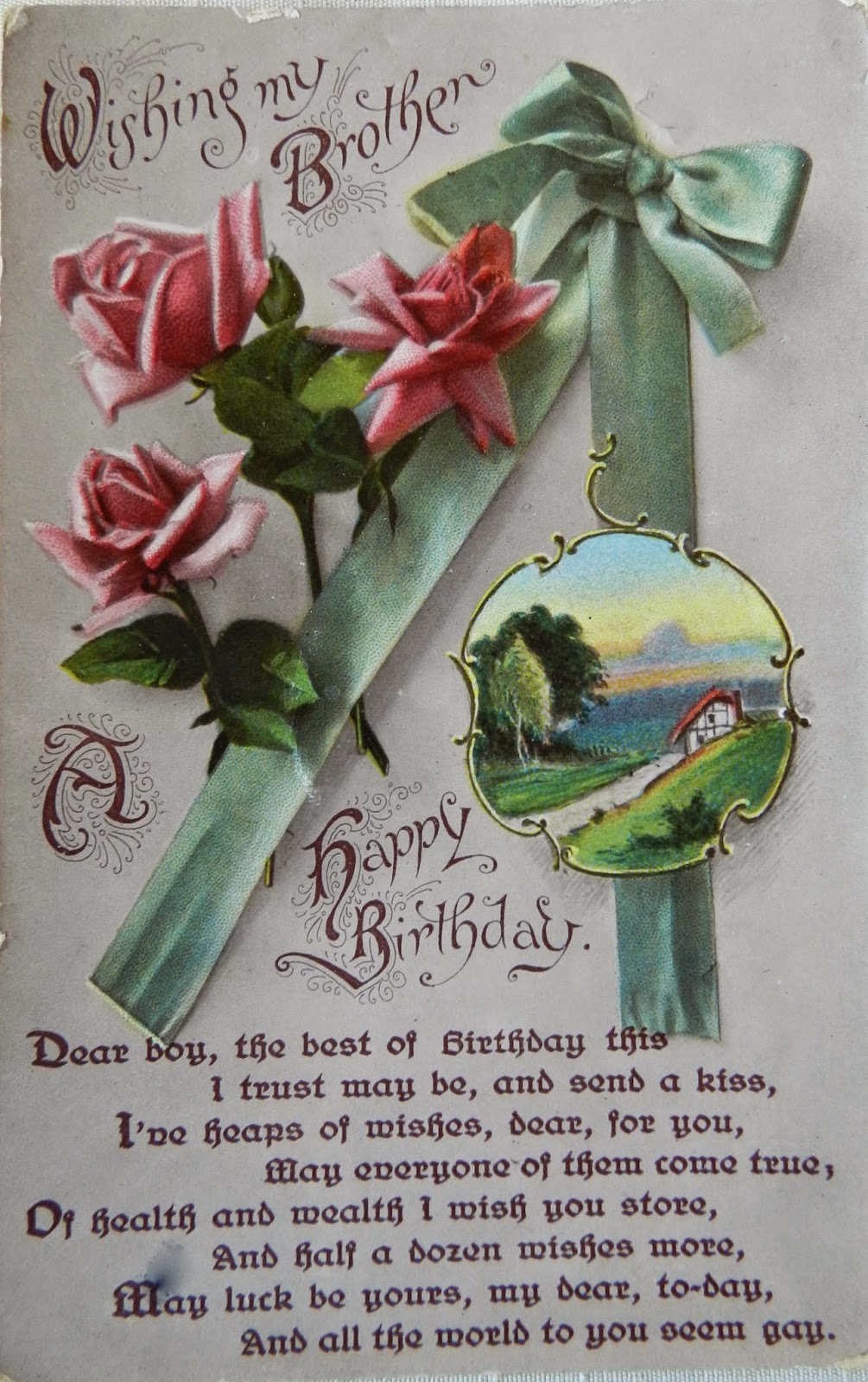