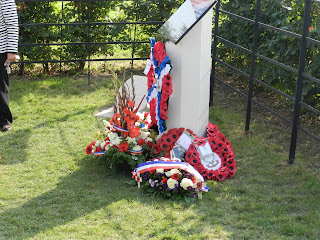 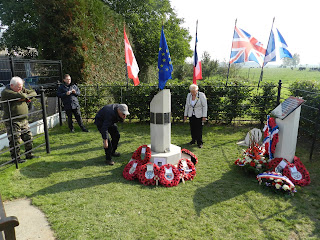 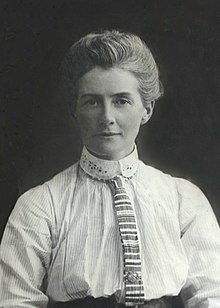 Edith Louisa Cavell was born on the 4th December 1865 and live at The Vicarage in Swardeston, Norfolk, England. Her mother and father were Louisa and Frederick Cavell. She had two younger sisters, Florence (born 1868) and Mary (born 1871) and a brother, John (born 1873).

Edith worked as a governess in Belgium, but returned to Swardeston to nurse her sick father. This may have been the catalyst for her to become a nurse and she trained at the Royal London Hospital in Whitechapel, London. Edith returned to Bussels in 1907, initially to nurse a sick child and went on to become Matron of the first Nursing School in Belgium. In 1914 Edith was in Norfolk visiting her widowed mother when the First World War broke out. When she returned to Brussels she found her clinic and nursing school had been taken over by the Red Cross.

After the German occupation of Brussels in November 1914, Edith Cavell helped to hide British, French and Belgian soldiers from the Germans and get them to the Netherlands with false papers. The Germans authorities became suspicious and on the 3rd August 1915 after being betrayed by Gaston Quien, Edith was arrested and charged with ‘harbouring Allied soldiers’. She was held in Saint-Gilles prison for ten weeks. Whilst in custody she was questioned in French, but the session was recorded in German., which may have given the questioner an opportunity to misinterpret her answers, although she admitted that her house had been a shelter for British, French and Belgians, helping them to reach the safety of the Netherlands and make no effort to defend herself.

She was court-martialled and sentenced to death for treason (rather than espionage). The night before her execution she was Holy Communion by an Anglican chaplain and she told him “Patriotism is not enough, I must have no hatred or bitterness towards anyone.”

At 7.00 a.m. on the 12th October 1915 Edith Cavell and four Belgian men were executed by firing squad at the Tir national shooting range in Schaerbeek.

At an international First World War conference in London in August 1914 one speaker was German and briefly mentioned Edith Cavell by saying “what did you expect? She was helping the enemy.”

It was a pity that Miss Cavell had to be executed, but it was necessary. She was judged justly...It is undoubtedly a terrible thing that the woman has been executed; but consider what would happen to a State, particularly in war, if it left crimes aimed at the safety of its armies to go unpunished because committed by women.

Blackberries in the First World War

We are all familiar with the concept of food rationing in the Second World War, but it also happened during the First World War. Food rationing was introduced in 1918 and a committee was formed to consider how best to use ‘natural resources’.

One way was to use children from rural and countryside schools to go out into the countryside and pick blackberries during school hours. These would be sent to the ‘Government jam-making scheme’ and pots of blackberry and apple jam were made to send to the serving soldiers. Other reports say that the juice was sent to them as it was high in vitamins and fibre. Blackberry vinegar, too, may have been made for those serving both at home and on the various fronts. Blackberry vinegar is known for being taken medicinally in hot water when a head-cold strikes.

The Women’s Institute was formed in 1915 and they produced and preserved food during the First World War. Their ‘rallying cry’ was: “'Though the boys and men are gone, the furrows shan’t be fallow, while the women carry on’ – a sign that women were stepping into the shoes of the men who had gone to serve their country. The WI continued their work and made blackberry and apple jam for the troops in the Second World War.

In Kent on the 7th September 1918, the Kent Messenger reported that school children had been given three half-days each week to go out and pick blackberries for the National Blackberry Collection. Local food control committees were appointed to take in all the blackberries that the children collected. These were not small amounts and some schools collected as much at 2,000 lbs of fruit over the weeks they were gathering them; that’s just under one metric tonne.

At Willingdon Village School in East Sussex the log book recorded 17 days when the children were blackberry picking. On the first afternoon (9th September 1918) they collected 73 lbs for jam making. The 123 children were paid for their efforts and to read how much and more about the blackberry picking at Willingdon Village School, please click here.

However, a great number of school log books record children going blackberry picking much earlier than 1918. In Barnstaple boys from the Holy Trinity School were collecting blackberries in September 1914 to ‘make jam to send to the “Jam Committee” of their local distress fund'.

To find out more about blackberries, just click here. 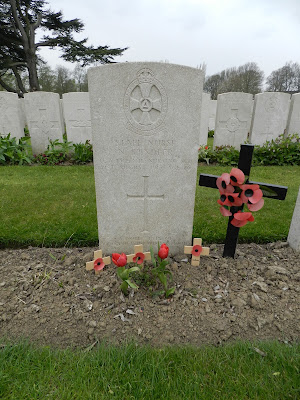 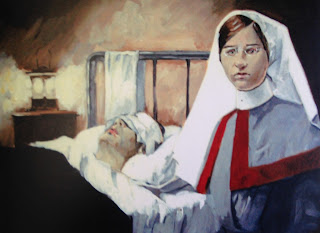